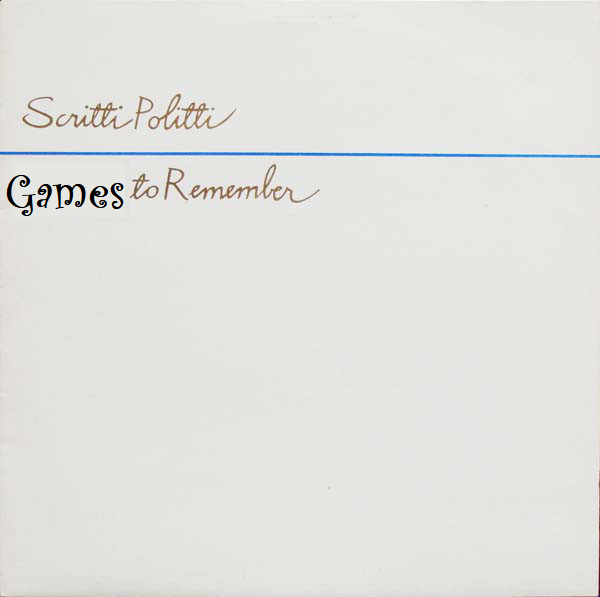 I feel like year-end lists are just a part of media churn obligation, and frankly I don’t usually have time for enough things in a year to feel like I can make an authoritative ranked top 10 of music, film, videogames, whatever. In any year I almost always have more compelling experiences revisiting or discovering niche work from the past than being as impressed by something new, however a decade gives you a bit more to work with, and can be a way of revisiting instead of simply exhausting. Plus I was able to come up with a nice round list of 20 that I was satisfied with off the top of my head.

Some preconditions of this list: I am using “games” in the broad sense but because I generally prefer the techno-onanism of single-player multimedia, they are all videogames, with apologies to both The Beautiful Game and Catan. The game-playing objects I had consistent access to between 2010 and 2019 include my personal laptop, a 3DS, an iOS phone, and, as of early this year, a Switch, which shapes this list but I also don’t think it’s particularly limiting. Also, for god’s sake, they’re certainly not ranked. I’m doing this for free.

There are many reasons I could argue that this game has changed my life, but even without THAT context, this is a collection of games that is a potent argument for the form as a true mass art and platform for expression, however everyday or trivial.

My experience with visual novels was limited when I first played this game, and more than the “wacky factor,” I was attracted to Hato Moa making a work drawing from her sincere love of birds. The game is charming, fun, and hilarious, with much more and better writing than any subsequent imitators. Not only that, but it manages to fit in strange bits of sci-fi worldbuilding which come to a head in a massive secret route. Imagine me saying in my best Norio Wakamoto voice: Purrruuupupuu!!

ANATOMY is conceptually meaty, going surprisingly deep on the psychological and social horror that exists beneath the banal appearances of the typical suburban home, but also masterfully and seamlessly works with atmosphere and vibes. The voice acting, sound design, environment, and carefully-deployed glitchy effects are all perfectly tuned. It messes with you in the best way.

A punchy, psychedelic sci-fi short story that is a masterpiece of economy of form. One of those experiences that is precisely, exactly enough. I love the more tendrilly sequels for different reasons, and am looking forward to a new one in 2020. But this is one of those games you sometimes wish you could forget to experience for the first time again.

Flappy Bird has so much going on around it. It is a parable about both the app-ified game market and whose work is considered legitimate and creative in the outwardly friendly and accepting “indie games space.” It’s in the V&A as a part of their Rapid Response Collecting strategy after it was removed from the app store by its creator at the peak of its infamy. But it’s also a perfect one finger phone game.

For when you want nothing but the lore. This game is an almost totally opaque mystery with punishingly slow progression, but this all works in its favor. With a simple color palette and 1-bit pixel art the game creates a strong impression of a bustling, strange tourist hub of a planet.

The art, music and disarmingly human writing all contribute to a classic neon sci-fi vibe in this bartending simulator that is obviously an impressive labor of love by its small team. Unlike other sci-fi work that merely draws on the aesthetics of cyberpunk work while telling the same old heroic violence stories, Va-11 Hall-A creates a compelling window into the day to day life of an average bartender, trying to make rent and offer a sympathetic ear to her regular customers in a city ruled by robocops and accelerated techno-capitalism.

This game is about everything to do with videogames, and overflows with the form’s modular, janky aesthetic. There’s really too much going on here to coherently blurb it, make sure to read the Libretto and then purchase your ticket at the box office. This is probably the most important and original work on the list that really captures the decade.

Break it down, build it up. This little game movingly captures the highs and lows of despair and hope through music and sparse but meaningful lines of dialogue. I played it years ago and still keep thinking about how well it just simply works.

The game that launched a blanket Twitch stream ban on Robert Yang’s work, so like Flappy Bird, it is easy to argue for its cultural impact by itself outside of how it feels to actually play. But Cobra Club is also a uniquely satisfying object, in terms of toying with a digital dick and seeing what happens when you start to trade photos. The bait and switch, from dick customizer and absurdist sex chat tool to commentary on data privacy, plays out elegantly and once you get past the shock of the meticulously catalogued dick database, it’s also fun to see what other people were doing with their own dicks.

This is an unusual phone game that feels like a combination of a puzzle box and a slot machine in the best way. Sure, there’s a bit of strategy to progressing but plenty of points where just tapping on every flashing light or wiggling onion creature works just as well. Onion Games has some of the most important contributors to what was undoubtedly a game of my last-decade, Chulip, on staff, so naturally the sound design and characters are endlessly inventive and strange.

A game about dream wandering that takes a lot of cues from Yume Nikki, but what’s wrong with that? A girl wanders a strange and shifting landscape with only a magical phone accompanying her, which allows her to dial numbers into different worlds. Just make sure her line doesn’t get cut. Playing this one with headphones on while riding the bus is so engrossing it can be a bit dangerous.

Put out food and toys. Sometimes cats will be using the food and toys. A sort of idle game that imagines beyond the framework of idle accumulation. Plus cats!

I think Deadly Premonition will be remembered as the end of an age, or at least a final shining beacon among the decline of games like it, sometimes called BBB, where they are from developers working in the context and with at least some of the resources of mainstream game development, but without the budget and polish (and expectations) of the prestigious AAA release events that have come to define the year of videogames in their unremarkable regularity. You can drive basically anywhere, the fishing minigame is bonkers, there is so much random crap to find, oh, and don’t forget to shave. A perfect videogame.

A lot of the games on this list ended up being phone games built around one really good feature. Reigns is generative storytelling via Tinder, as your left or right swipes represent a binary response to the situation on a randomly dealt card. It’s always interesting to see what kind of corners your ruler can back himself into before his, almost always, unnatural demise, and it also has a cumulative effect over time, as your kingdom’s grim history stacks up.

An open world game where you don’t actually have to do anything. Isn’t that nice? I guess you do have to fish or gather berries to eat occasionally, and avoid falling from a great height, or being gored by a cougar, but thanks to the subtle sci-fi setting these disasters rarely mean any actual loss of progress. Eidolon is a game that places a lot of faith in the player, with very little signposting or direction leading you to the scraps of maps, letters, flyers, zines, and other documents  scattered across a depopulated Pacific Northwest, explaining the lives of the people who used to live there. This has the strange effect of making its stripped down, low-poly environment far more immersive than anything else I played this decade.

This visual novel uses an elegant metaphor, instead of making choices as a single character, you decide which two characters stick together for a scene at the exclusion of a third, to represent navigating the experience of being among the excluded, closeted, misfit, and just “weird” kids. The emotive, sketchy character portraits combined with background photography and a slow-building synth soundtrack creates simple but effective dread and weight around one night at church camp.

The Bitsy Mystery Dungeon is not only huge, full of weird puzzles, and a lot of fun. It’s also an amazing proof of concept of what types of collaborative and experimental work amateur dev communities are capable of, and which the unique qualities of the Bitsy game tool enable.

It’s just such a good idea for a game, isn’t it? Low stakes, uncomplicated, open-ended naughtiness and nothing else. Another case of a game being exactly one thing done well in just the right amount, with a lot of sweet creativity in its visual and audio language. The number of things you can drag around (and to where) is pretty impressive in itself.

Runners up: The Metal Gear Solid V fandom (because I wrote almost as much fanfic for it as the length of my dissertation by bulk), Fate Grand Order (because it's arguably what I've played the most despite being objectively bad), Kentucky Route Zero (because it isn't done yet but I think it has a good chance of being one of the best games of the 2020s).