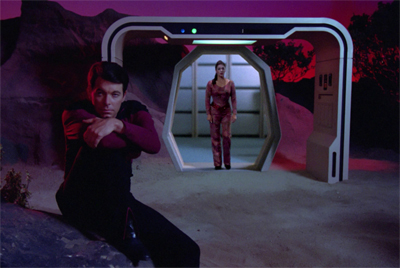 Just after Valentine’s Day this year, humanity received several mysterious transmissions from a variety of possible futures. 20, to be exact! This year’s writing jam was all about ringing in the new decade by imagining the future of our relationship to videogames and technology in general, whether it be a few years down the line or countless centuries. You can find my own entry, where I provide a peek at future copyright law and its impact on videogames HERE! I hope you find this round-up of all of the other entries to be illuminating, especially in a time when enacting new visions of our collective future is so vital!

The Eurojank Manifesto by voec – This manifesto proposes new decentralized possibilities for the conference and festival event circuit which has become, within indie games, increasingly prominent and increasingly homogenized.

Exploration as a Game Genre by Shane Yach – Using some partial examples from a variety of existing games, this essay speculates up a genre of videogames focused purely on the delight of discovery and exploring a surprising landscape.

VIDEO GAMES IN A LOW←TECH FUTURE by Mark Wonnacott – Thinking along the lines of Kris DeDecker’s Low←Tech Magazine, this series of short texts ponders how the goals and principles of that publication could apply to videogame development and distribution. These ideas also fed into a subsequent web project, Domino.

It is Easier to Imagine the End of Gameplay than the End of Video Games by Shadsy – What is gameplay, really? This entry imagines a future of increasingly pared-down videogames and beleaguered developers, which still builds to an explosion of creativity.

Climate Change & Indiepocalypse by 4xisblack – Taking the idea of an indie game “ecosystem” literally, this piece compares how the systemic issues contributing to both climate change and the “indiepocalypse” are discussed in ways that obscure questions of power and visions of equitable futures.

the future of gaming is probably by magical b★tch – In this zine, the future of games is imagined not on your typical gaming console or PC, but instead in the elements of XR and AR many of us interact with every day, through using our phones, editing pictures, and participating in social media.

MYCOTERROR ]|[ UNOFFICIAL WALKTHROUGH by Sean – This entry will take you back to the future of scouring txt files on GameFAQs for the hint you need. It really is the best format for walkthroughs…

Sap by shwac – A charmingly low-key sci-fi story which imagines a futuristic system of discovery, creation and trade that may not be anything like our current relationship to videogames, but may end up filling the same niche in our lives.

FREAK ROOM: RUINS by Max – Part a vital document of a unique art space that existed on the west side of Baltimore, as well as a reflection on influential art and theoretical perspectives, this piece ponders how we can re-think and bring the past forward into a utopian version of the future with the act of speculation.

"Can I make games alone if I don't like players?" by Josh04 – This essay considers the process of making games as their most important element, and imagines a context where creators could care less about the player, or not at all.

Dissent-as-a-Service by Alexander Walmsley – While environmentally-destructive and monopolistic tech like cloud gaming is presented to us as the future, this zine instead turns to old tech models for creating a parallel countercultural infrastructure for games.

First Person Stimulator by communistsister – Sex games, solar powered devices, and state funding are all features of this collection of sci-fi vignettes about the future of gaming, presenting the best and most exciting sort of “ambiguous utopia.”

The future I want for games by rumpel – This zine is a wish list for a future of videogames, but more in terms of their production and culture than any particular qualities of the games themselves.

gift game by Everest Pipkin – Things being distributed as gifts are, in many ways, a contributing element to the vital, non-commodified elements of game development and technological networking. Here, Everest discusses ways to re-orient our relationship to computing around the idea of gifts.

Let games run free by spinnylights – In this piece, the potential of free games, free distribution, and the communities built around them are explored as offering strategies to make a living at games, or make games alongside your life, and bring about a totally new relationship to videogames.

Her Name Is Video Games by AthenaParadigm – This Twine game features an original soundtrack alongside its narrative about a futuristic AI archivist trying to understand videogames, and you, her player.

If I'm not fishing I'm thinking about it by Em – I was surprised that none of the other entries even referenced the most important element of videogames, which is, of course, having a fishing minigame. Fortunately, this piece thoroughly addresses the future of fishing games, and the fishing metagame, so my mind can be at ease.

The Great American Bowling Game by Melos Han-Tani – Bowling games have always been standard minigame or party game fare, but this piece imagines a bowling game through the lens of near-future AAA hyper-prestige and hyper-bloat. It’s dystopian, but I’d still play it.

A Videogame … … by Blueberry Soft – Almost like a poem or conceptual art piece, this list provokes the imagination with a series of videogames that could be.

I always try to select a writing jam theme that feels relevant to my concerns in the moment, and encourages people to reconsider and write about these issues in new ways. Between reading science fiction, and also thinking about the contradictions and shortfalls of a speculative financial mindset, which not only defines the stock markets but has increasingly come to influence art, videogames, and other elements of my actual, day-to-day life, speculation had become an interesting concept to me.

The perspective in my own post seems like it comes from a very different now, even though it was only from a month and a half ago. But what has changed, and why I think these pieces are invaluable now, is simply that now everything is changing, at a stunning rate and in the direction of things that may have seemed impossible. We have the chance to grab the reins of these changes, to keep them going, push them further, and make them what we want. Before any of that though, we have to imagine what to want. Thank you again to everyone for your fantastic contributions!