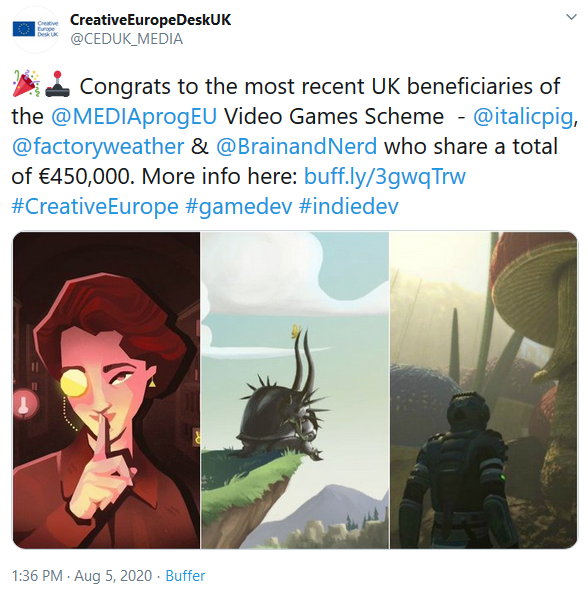 While the games industry likes to fashion itself as an entrepreneurial underdog, the fact is that the Silicon Valley boom which created the technology, infrastructure, and business opportunities that shaped the early games industry and its success was, as Richard Barbrook and Andy Cameron note in their 1995 essay, “The Californian Ideology,” the result of massive amounts of public subsidies and government contracts. Many other countries still hope to nurture a similar explosion of marketable technological innovation, and have shifted funding priorities into STEM fields. More specifically, they have created initiatives and deals which pay out to hundreds of tech startups and innovation hubs in hopes of pulling a golden ticket. Videogames have benefited from this passively and actively positioned themselves to benefit from it. The concept of Serious Games/Newsgames/Games-For-Change demonstrates how overstressed and underfunded areas like education, journalism and mental health support seem like fertile ground to be hollowed out and automated by gamified substitutes in the context of neoliberal austerity, and militaries directly collaborating on game development and specifically appealing to gamers is a more obvious example.

Until recently, there have not been many arts and culture funding categories that explicitly allow videogames. Receiving this type of funding, rather than STEM or military-oriented sources, was generally limited to individuals who had the knowledge and training to frame their work with the language of New Media art. This is a survival strategy Tale of Tales has openly discussed, but it goes without saying that this situation ends up being extremely exclusionary to most independent developers. As the understanding of smaller-scale, independent and alternative game-making practices has increasingly come to the conclusion that they can often be similar, in practical and ideological terms, to an arts practice, this began to seem like an oversight. Now EU and UK arts funding have formally extended a hand to game studios and game developers. At face value, this is better than implicit or explicit exclusion. It's good to see some acknowledgement of videogames as an important element of culture alongside media like painting, performance, and film, because they are. However, because these are new initiatives, often treading into uncharted waters, there is the potential for innovative approaches and fantastic discoveries, but also mistakes that serve to calcify existing hierarchies and injustices in the field.

Perhaps because this is a newer area of consideration, or because the games industry has a culture of burying abuse and rehabilitating repeat offenders without commitment to change, the award of a third of a €450,000 grant from Creative Europe's videogame-focused sub-programme to UK game studio Weather Factory probably seemed like a good thing from an outside perspective. However, when the UK media desk for Creative Europe funding tweeted about it on Wednesday, it became immediately apparent that within the UK independent games scene, this choice was unacceptable. The most glaring issue is that Alexis Kennedy, the studio's founder, far from being an enriching presence in the independent games scene, has multiple outstanding allegations about his abusive, predatory, and retaliatory behaviour against fellow game developers. His worst offences affect women, racial minorities, and those with fewer connections in the industry. These are all precarious positions within an industry that is still majority white and male, especially in powerful hiring and firing roles, and where portfolio building and networking play a vital role. Given that multiple articles like the one linked to above appear on the first page of a google search for Kennedy's name, this seems like a massive oversight on the part of awarding panel, an implicit “OK” to funding work that may have the consequence of directly pushing other developers out of the industry.

However, the selection of Weather Factory, a studio which has already had a major hit in 2018's Cultist Simulator, and features a long list of festivals and awards on their website, also reveals an insidious logic of contemporary arts funding that goes beyond the toleration of abusers who poison the well of a cultural scene for others. Arts funding in general is not without its own baggage that it risks bringing to the field of cultural production, despite having a friendlier face and more experimental edge than STEM and military funding programs. The UK has a rich history of community-oriented art, free art schools, and DIY practices that has contributed much to both its culture at home and international exports. Unfortunately, videogames are entering the field of arts funding at a time where these values have largely been abandoned in the midst of austerity and the accompanying neoliberal tendency to apply financial logic to previously non-financialized aspects of daily life and culture.

Claire Bishop has written about how popular and participatory art forms have recently only been funded inasmuch as they provide a “Potemkin function” for the state under austerity, creating a feel-good image of inclusion while meaningful participation in the arts becomes harder for all but the most wealthy and comfortable. Morgan Quaintence has also extended a similar critique to examine the conservatism and hypocrisy of utility-driven arts funding, which strongly favours powerful institutions and public-private partnerships over emerging artists and grass roots arts initiatives. The White Pube has also recently published a series of conversations with practitioners attempting to expand the accessibility of the arts outside of the costs and culture associated with art schools and art institutions, instead working with the needs and desires of specific communities. In many cases they agree this work is devalued and resisted by funding bodies, or simply incompatible with their formalized, bureaucratic model.

These problems are not fully disconnected from the fact that Alexis Kennedy has an apparent track record of power abuses; instead, the fact of the abuse is immaterial to the scale of return on investment Weather Factory appears to offer, if the funding remains married to the same neoliberal logic. Riding on the financial success and buzz of Cultist Simulator, arts funding within this system naturally hedges its bets on likely successes, and resources end up consolidating with developers who are already well-established and projects that refer back to already-popular genres and aesthetics.

What's the alternative? Normally this is the part of the article where I would speculate or call for generally rethinking arts funding priorities but I've been frustrated by this issue long enough that I have an extremely straightforward and practical solution this time: smaller funding pots with lower bars to entry that end up being genuinely life-changing. A few years ago, I did a commission for the British Council's culture blog, in which I interviewed three independent game makers based in Scotland (Natalie Clayton, Jack King-Spooner, and Niall Moody) and wrote about their practices. In each case, a grant a tenth of the size of the one Weather Factory received, used simply to upgrade a personal computer, buy some needed equipment, or even just spend a few months exclusively focusing on their practice would truly alter and expand the horizons of their work.

The problem is that creators working at this level, while they are producing extremely expressive and innovative work, often don't have the time or experience to fill out increasingly formalized grant applications, and can't offer the promise of large existing audiences or sales or prestige to a return-oriented funding body. In the context of videogames, this means that arts funding often looks indistinguishable from industry deals. This creates the expectation for all creators working with videogames, from hobbyists and individuals, to studios shipping their first project and studios with established successes, to follow the same path of professionalization, polish, and marketing their work. For those who want to forge a different path with drastically different practices and approaches to the form, creating valuable work that truly upends or smashes the mold in the process, this just doesn't work.

It's still early in the game. Arts and culture funding bodies interested in nurturing a vibrant cultural context for videogames can either learn from this mistake and change course, incorporating the criticism from smaller-scale development communities and the arts in general to streamline their funding application processes, improve access, and prioritize the broad distribution of resources over potential returns in the form of profits, prestige, and audience figures. Or they can at least learn the importance of engaging with the cultures they support, to find out what issues are affecting creators and avoid directing resources to abusers exacerbating these problems. As a medium with fewer institutions, and a shorter history, albeit one still shaped by convention and hierarchy, I think cultural funding for videogames is, maybe slightly ironically, well-positioned to lead in imagining fairer ways of distributing public resources and fostering true mass culture.