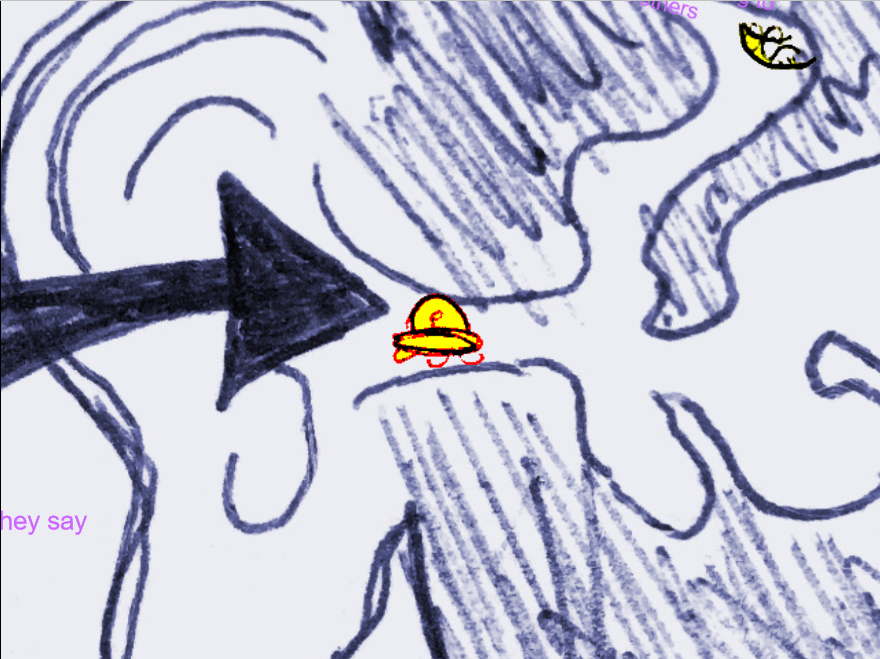 In the first month of the year I made a little game for the FLATGAME ANNUAL bc the mainly arbitrary transition from one year to the next filled me with ambitions, motivations, “resolutions,” &c

I broke almost every rule in the brief. There is a sound effect, there is also a single collision you can trigger. I did spend less than an hour on the art, which I drew with a ballpoint pen on a set of post-it flags to keep the scale of the sprites roughly the same, and the background on an old bank envelope. For the sound I ripped a track from a YouTube video and combined it with sound I recorded in my apartment’s shower in Audacity. Then I fumbled through how to implement the basic needed functions in Construct because I got frustrated with Unity. It took about… 5 hours of concentrated work at the most and a lot of that time was spent doing things in an inefficient way.

In the sense of producing something flat and gamey in a small time commitment I think I ended up really satisfied though. Outside of the one collision at the end of ear maze zone the game advances by itself through timings which was fun to tweak and get working in a way that I enjoyed. And also, while I recorded 8 minutes of my shower running for the super slowpokes, I feel like the song matches up fairly well to the length of the maze, which was entirely arbitrary and accidental.