Home > Writing Portfolio > What Have We Gotten From Four Years of Politically Engaged Games Commentary? 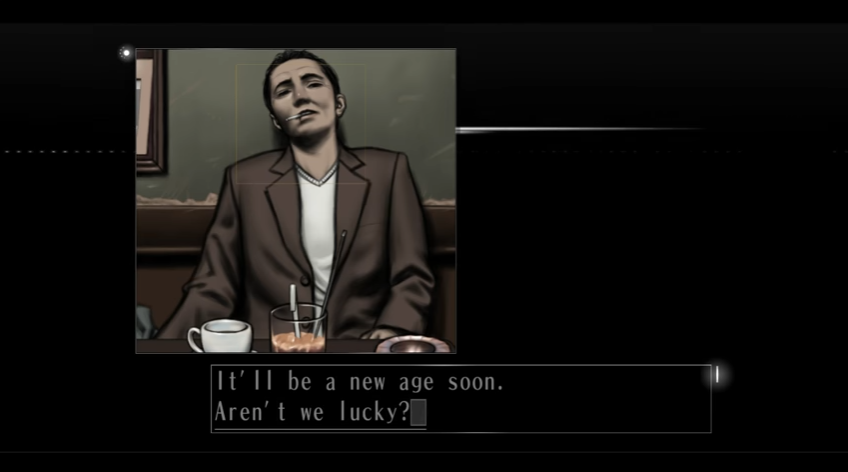 With the most recent US election results, we can at least begin to consider a day-to-day context where Trump as the empowered head of the American right is in the rear-view mirror, even if it's not definitively here yet. While, certainly, this won't be a total reset that tamps down on every issue currently being allowed to tear through society (the COVID-19 epidemic, for example, on top of being an ongoing human tragedy will remain a economic and logistical quagmire for countries that narrowed their economic margins for the benefit of a few corporations and banks, hollowing out the social safety net over the the course of years of austerity, regardless of who was head of state) the relief even from people who are no fans of the Democratic Party orthodoxy Biden represents (including by implication here, myself), I think signals a time of slight change in posture, from constant, immanent crisis to something else.

I want to think about the ways Trump's election and the following years of even-more-chaotic-than-usual poor governance and resultant crises led the mainstream games press to take a posture of galvanization, seriousness and ostensible “political engagement.” What did this include, what did it exclude? This obviously drew in part from demands “from below” that less mainstream criticism, readers, and game workers put on these outlets, but their response, given that these are the guys with a metaphorical megaphone in the room, has also had broader implications for how games are thought about and written about outside the digital fortification of analytics tracking, advertising, videos, subscription pop ups etc that make up their verticals. This is a kind of US-centric perspective, but only so far as the way the games industry currently functions and talks about itself is also highly US-centric.

The initial election of Trump seemed to make all of the issues that had been superficially considered under the heading of “gamergate incidents” take on a new prominence and urgency. A lot of the guys weaving themselves an online and public persona (and, naturally, grift niche) based on supporting this supposedly “new” manifestation of the American right wing, were guys who for various reasons (being a “consumer rights” guy, seeing it as a savvy situation to flip casually sexist and racist young people into explicitly far right young people, just enjoying harassing women, etc) had thrown their lot in with gamergate as well. By late 2016, sensing the open grotesquery of Trump's campaign, I feel like most major outlets had arrived at a shallowly “correct” position on gamergate (it was real, and it was bad, well, of course). Now there was more pressure to engage in some level of evaluation of the representational and narrative content of videogames, because it had been consequential within this context, and racists, sexists, homophobes, transphobes, antisemites, eugenicists and so on all felt condoned to more openly air their hostilities. Further, an increase in leftist organizing that was a product of the multiple fronts on which people were newly endangered or made economically precarious by right wing policy led to renewed calls for unionization in the games industry, and attention to issues people making videogames were facing like crunch, workplace abuse and harassment, unfair contracts, and so on.

I want to be clear that incorporating these things into writing about games is not a bad thing, on its face. But I think, because of the dynamics of writing about games on these mainstream, commercial websites, they could only be done in an incomplete and ineffectual way, with the additional cost of excluding other important elements of games writing as “unimportant.” There emerged a weird logic of crisis that conveniently perpetuated and even accelerated the process of accumulation on and towards major AAA titles and moneyed technological platforms. First, that aesthetics or experimentation were comparatively unimportant, and perhaps even selfish indulgences At This Important Time, and second, that media efficacy, not just what a videogame expresses politically but how effectively it does it, especially at scale, should be a primary concern of any videogame. In both of these logics we can see why these sites have managed to frame themselves as “politically engaged,” while also only serving to direct an increasing amount of attention towards the most standardized and already-ubiquitous AAA products, to a perhaps even greater extent than they did before.

Remember how people said Trump's election would result in a ton of great punk music, or satire, or whatever, which never actually panned out at a mass cultural level? I think why this didn't happen also has something to do with why a lot of people have a sense of the bottom falling out of experimental game coverage and discussions over the past four years. What we saw, in a practical sense, was that media in general got more conservative, more comfortable and standardized, and more centralized to distribution through certain platforms, even while incorporating often limp or dubious political themes or representation of previously under-represented groups or concerns. This is because “not now,” while often feeling right, is a fundamentally conservative and scarcity-based proposition. The New, whatever it is, has never come from refining the political message or tweaking the Perfect Representation of an already mass culture commodity. Cultures of vibrant music, comedy, critical writing, videogames, whatever, are not just born from cliches about political indignation or the suffering artist driving inspiration, but from there being creative and economic niches in which to operate, whether that be cheap rents and squatting, free lightweight tools, and places to get immediate feedback on your work, not necessarily to change it in the direction of polish or professionalization, but to figure out who are the people who already get what you're doing.

Enough of my own personal desires or stylistic tastes, though (ha ha). What is the practical outcome here? Is there a trickle-down benefit to arriving at the first gay last of us, and having to talk about that, or whatever? People are getting increasingly cynical about these sort of disclaimer paragraphs that appear so often in mainstream games writing, a sort of “downer” bit of an otherwise blandly positive AAA review that talks about the potential issues with the politics of the game's narrative or the working conditions it was made under. I was cynical about it two years ago. I feel equally resentful of the way that outlets also, alternately tend to deal with any “issues” in a major release is to divert them all into a separate “thinkpiece” often written by a precarious freelancer. And of course, endorsements of anything outside of polished III storefront deals seem to be on the basis of it being either the comfy or vaguely political “game we need right now” or “literally free or like less than $5 so what do you have to lose.” There's no room for meeting work in an attitude of seriously trying to understand what it is trying to do if that is outside of these highly restricted ideas of what a videogame “should” be doing. There's hardly any skill for talking about the way aesthetics wilfully make the meaning of a work beyond “beautiful” graphics, “good” mechanics, and competent menu design. And this is where four years of saying “we have to do something! (but not this, that and the other thing, because they're impossible)” has gotten us.

Not now emerges in many forms, and has not stayed in the halls of mainstream gaming outlets who, given four years, still feel the need to muse on how it's so crazy Sony sent me a free PS5 Despite Everything Else Going On, or just run straight up military propaganda, while still saying “not now” to holding their own accountable or looking outside of their gaming orthodoxy bubble for just a handful of the hundreds of articles they publish. Even “alternative” game commentators like individual YouTube channels or smaller publications, trading on their lesser restraint from ad metrics and upper management increasingly internalize this “not now” when they act like middle-managers, prioritizing the releases “people care about,” as if the demand and sales figures for mainstream games is a spontaneous verdict by “the people,” or create a largely self-serving fandom on a platform that primarily serves as an ad centralization mechanism and pipeline to coordinated harassment, conspiracy theories, and so on, as a way of “surviving,” while pulling the ladder up behind them by failing to make the promised space for overlooked work. We internalize the logic of “not now” individually when we think we have to respond to the biggest events, the biggest releases, the biggest controversies, as a way of keeping up or responding to an abstracted “conversation” in a productive way when we aren't even corralled by ad revenue or click counts.

Like the Democratic Party itself, it seems like anyone who has captured a bit of a platform, often times on the virtue of simply not being the continuously openly vile alternative, feels the need to protect its dwindling returns rather than incorporate anything new or challenging. There's a sense that while, quantitatively, there may be more opportunities for indie games to cut publishing deals or people to get paid writing about games, the terms of these arrangements have become more restrictive, and the contexts for anything outside of these approaches and the niches that made them possible have dwindled away. When it comes to the situation in game making and writing about games, it's not even things “going back to normal” that I worry about, but this superficial engagement persisting as “the new normal,” framed as a shore we have luckily and with much effort arrived at, and with no alternative. The time for making alternatives is, imo, now and always.