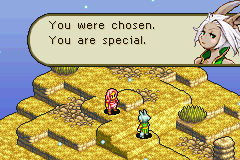 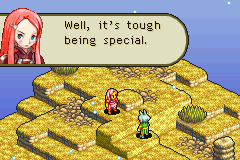 It has been declared dead many times, by Web 2.0, the video essay, the podcast, or even your own damn unenthusiasm(!!) but not to me, the guilt will not be laid at my feet. Sometimes nothing beats the written word. This is my list of important pieces of games writing from 2019, stuff outside of the hype cycles, industry apologism, and click-count cynicism that are, maybe, actually what’s smothering good writing. Long live the blog!

Lana Polansky: “The Incredible Vanishing Game Developer” – Here Lana makes some incisive observations about what labor is made invisible to valorize others, which happens all too often in both mainstream and experimental game development spaces.

Cat DeSpira: “Pac Man: The Untold Story of How We Really Played the Game” – This is a really great piece about the kind of historical details that evade emulation and even first-person accounts, after all, who thought about doing the thing the article talks about in the moment they were doing it?

Nathalie Lawhead: “Playdate & the LA Zine Fest, weird games, and what it means for “Playdate” to lose its name…” – As the Playdate arrives in early 2020 in all its garish boutiquey gameboy no one asked for horror, let us not forget that no matter how much of a friendly, art bro vibe a company’s copy can give off, they are always capable of picking petty fights to mark their turf.

Liz Ryerson: “make stuff and be free! (to vanish without a trace)” – A cathartic and eloquent piece about how market logic (from press, critics, and artists alike) squeezes out original approaches and erases existing work that doesn’t fit into a success story. I agree strongly with the idea articulated here that criticism is not just a response, but an intervention in contextualizing and preserving culture against the constant flow of Disney branded slurry.

Phil Salvador: “The Legend of Lotus Spring” – The Obscuritory always covers a lot of overlooked titles within the already criminally overlooked segment of 90s CD-ROM games, but this reflective piece on a game that came from the unique confluence of ambitious tech project and  computer games for women really stands out to me.

Everest Pipkin: “Where it is Easy to Do Good” – Everest plays a game of Rune Factory… VERY incorrectly. I love the emotional and philosophical kick of this, but also how this single, well-observed instance of play demonstrates how slippery any single idea of “gameplay” is.

Kate Willaert: “The Sumerian Game: The Most Important Game You’ve Never Heard Of” – Like the Pac Man article above, this one also captures elements of videogame history that evade mainstream focus on emulation, popular IP and hardware.

Ice Water Games: “The Democratic Label + Rainstorm EP” – Ice Water Games is not just putting out fantastically interesting experimental games, they are also doing it within a unique payment and promotional structure that works similarly to an independent record label, which they explain here. Another great example of more equitable arrangements for game distribution moving forward from the labor issues that marked this year.

Marijam Didžgalvytė: “Towards an Ethical Gaming Console” – In this article, Marijam looks at strategies across a variety of consoles and devices that tried to offer more ethical approaches to distributing and playing videogames. She identifies a broad set of concerns as compelling contrasts to the many, many, many unaddressed ethical issues with the Google Stadia.

Lilly at Timber Owls: “Good for What Ails You” – A late-breaking take on a AAA game, which I usually try to avoid featuring endless discourse on, but this article offers a unique angle on how RDR2’s focus on “realism” obscures both the conditions it was made under, and it’s implicit ideological positions as a text.

Lana Polansky: “Virtual Reality and Selling Empathy to the Rich” – Lana’s articles at Rhizome this year have been a critical investigation into the rise and fall of “empathy” as a common platitude surrounding discussions on the cultural value of videogames. While it has mostly become laughable in the indie game space, this article describes the important reasons these presumptions persist in the development of corporate VR projects.

Rachel Sugar: “The Great Escape” – This article about escape rooms, a real-life type of game that has seemed to reach a saturation point of franchise experiences appearing in every major city over the past few years, not only does a good job of highlighting some interesting designers in the area and the practicalities of their work, but also digs up some of the genre’s digital pre-history.

Holly Gramazio: “Writing about MINIT but every minute I start from the beginning again, which seemed like a good gimmick when I began” – Certainly not advisable for most other types of games, probably, but by mirroring the structure of MINIT in how she writes about it, Holly gets at the way repetition and time limits shape our behaviour, and approach to problems.

Esther Rosenfield: “The Twin ‘Resident Evil 2’s and Video Game Cinematography” – This is a comparison of two versions of Resident Evil 2, which is a type of article that will only become more welcome as videogame companies attempt to make up for their resistance to actual historical preservation with remakes and the eternal renewal of IP. However, it also offers a great insight on how simply adding more options or player choice to “update” a game can work against it, and these moments of friction reveal the supposed good of “player choice” as an artificial construction.

LeeRoy Lewin: “apple arcade and unidentified indie games” – Many times this year someone has tried to tell me that an Apple Arcade game was good. But good enough to update my phone and condemn my copy of Flappy Bird to a life of total incompatibility?? Not for this. Never for this.

Robert Yang: “Thick Skin: Complexion, realism and labor in games” – In this piece, Robert Yang begins with comparing the thick-looking skin of Lucian Freud’s nude paintings to what it takes to create realistic skin in videogames, and expands this discussion to the unexpected costs and limitations of AAA aesthetic realism.

The Giant Rat: “Forgive Me Zoo Tycoon 2, For I Have Sinned” – A lovely comic about pushing simulation games to a variety of dystopian breaking points, something I also spent a ton of time doing as a kid.

Nathan Altice: “New Metaphor for Game History” – This was the piece that resonated with me the most from ROMChip’s impressive inaugural issue. It identifies the multiple problems with conceptualizing videogame history in terms of technological advances or the fantasy of console “generations,” and the potential benefits of discovering alternatives.

Pedro Paiva: “THE PETECA EXPERIENCE: A brief introduction to a left-wing take on building local videogame scenes” – This blog post offers an important report on the game development scene in Brazil, and also sets out a series of goals to avoid the problems created by the individualistic and capitalist-driven approach to “indie,” to resist the bay area model simply being exported everywhere.

Troyduguid: “UNLEARNING, Or, How I Learned To Stop Worrying And Love The Hive Mind” – In this talk, Troyduguid outlines the hierarchical organization and mindsets that shape the development, distribution and reception of games, and how DATA MUTATIONS was an experiment in more collective and collaborative approaches.

Helen Stefanie: “Playing Love Live: School Idol Festival” – This comic is more like a self-conscious visual essay on the author’s experience playing gacha games, despite knowing that they are, potentially, what one could call a “morbid symptom.” My personal drug of choice is different but I feel very represented by this one.

Cassidy at Bad Game Hall of Fame: “Dr. Jekyll and Mr. Hyde” – Bad Game Hall of Fame often does the work of giving the equally vital bootleggy, bizarre and flop-filled side of games history careful attention. And this article is a great example of why that is so valuable, as it shows that a story repeated enough times that it becomes common sense can completely misrepresent a game.

LeeRoy Lewin: “Pitfall II: Scene 1: The Great Video Game Crash of 1983” – An examination (and persuasive debunking) of the “game crash” narrative that is mostly particular to the early 80s North American market, but also a further critique of the consequences of speculation, and how wide-ranging it is in the current form videogames take.

Vicky Osterweil: “Play Per View” – Streaming has been a major force in changing how videogames are discussed by academics and received by audiences over the past few years. Some people still admit that they’re puzzled as to why people would just want to watch a medium that previously was almost exclusively discussed in terms of its interactivity, so in this piece, Vicky Osterweil examines the aesthetics of both videogaming and livestreaming, and why they’re forms that unsurprisingly go hand-in-hand.

Sraëka Lillian: “Live-A-Live and Being Powerless” – This piece does a close-read of a single chapter in the JRPG Live-A-Live, and uses the way it plays with structure to consider how this allows it to also play with genre conventions and formal expectations of videogames in general.

Stephen thecatamites: “morality play” – Stephen’s writing is the best to me. I feel like if I thought about my selection too hard I would always be able to make a much better case for another one, so this is my gut choice, touching on everything from aesthetics to economics to community. But of course also read his other work!

Lana Polansky: “Tax credits for Quebec’s “Hollywood of Video Games” subsidize low wage, precarious work” – If 2018 was the year that reporting on labor issues in videogames became a regular thing, 2019 was happily marked with even more suspicion of how these corporations conduct business. While it seems comparatively harder to build up momentum against the fact that Rockstar hoovers up a majority of “cultural” funding for games in the UK, or that Activision effectively pays negative taxes, here Lana does some location-specific reporting to challenge industry narratives about how public investment in games funds high quality, creative jobs.

And finally, I would like to also feature all of the entries to the Lost Histories Jam, which I recapped here! If you’re still up for reading more after all these articles, these pieces all reveal individually significant pockets of lost gaming history, and not to toot my own horn, but I learned a ton reading the entries to my own jam.