Home > Writing Portfolio > Do Your Dailies 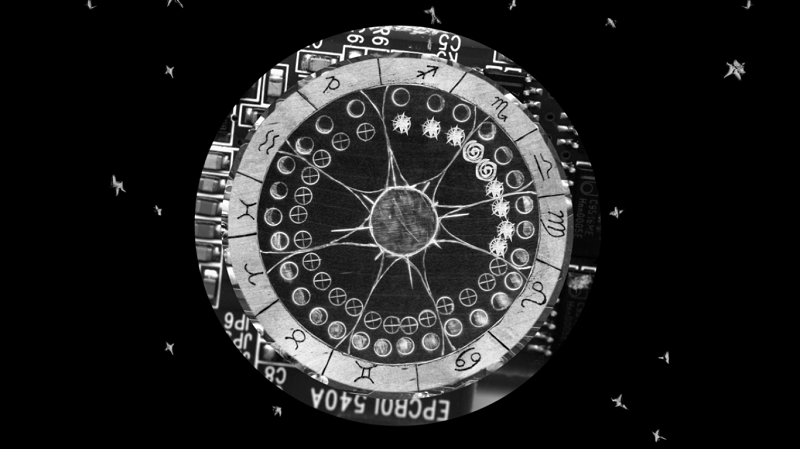 When I check the weather, or my horoscope, there is a certain fixity and inevitability to what I “check,” the weather report is likely the same for everyone in my general area, the horoscope would be the same for anyone who was born at a similar place and time to me. Checking these things is a way to keep up on something that is almost certainly acting on me externally. It can inform how I respond – Am I feeling a little bit more sexy today? Should I wear my raincoat? – But it does not keep track of or respond to what I do in response to the information it gives me. Checking these things is a part of the routine of my day, and also lets the indifference of time itself assert into my consciousness… The processes that we read this information onto, whether the movement of the planets or the changing of atmosphere and temperature will continue well after I’m dead. These apps, in a way, are all subgenres of watches or clocks, which, especially when digitally synchronized and indefinitely turned on, are the most refined manifestation of such a morbid conclusion.

I suppose the opposite of this are things that you do daily with a decidedly cumulative outcome. This type of gradual, cumulative work is also the “narrative arc” many people apply to make sense of or plan out their life. “Dailies” in most games refer to this: a series of things which you might as well log in and do every day because they’re straightforward and offer a small cumulative boost. This is much of the labor of playing these games (and are a way for the companies hosting these games to create and maintain value over time), and “doing dailies” can even, IMO, serve as surrogate work for the increasing number of people, whose time feels out-of-joint because it is not structured by the expectation of steady employment we were largely sold. This ties in to why “dailies” are an easy sell within a capitalist context: the overriding myth capitalism serves to the majority of people is that consistent, incremental work will secure a good or at least better situation for yourself. When you attempts at IRL persistence and self-improvement don’t pan out, at least you can be persistent in a videogame.

I’ve written before about how even if there’s nothing in particular going on in Fate/Grand Order, I log in for the free stat boosts, currency, and gacha rolls the game offers for opening the app on consecutive days. While people may focus on getting different characters and build their teams differently, the gradual accumulation is all working towards the same end... A year and a half of playing on my part and I can easily take anything the game throws at me with what I got for free; buying the in-game currency essentially lets you roll the gacha more frequently and thus have more of a chance to get the rare/powerful/hot characters, so it is, given indefinite play, a time-saver. The steady accrual of stats continues until, utopia, everyone’s characters are all maxed out or, dystopia (and far more likely), the servers are turned off and everyone’s limited SSR 5* Nero (Bride) vanishes into the ether simultaneously, whether you spent hundreds rolling on her or got her with one of the summon tickets you get for logging in every day in a week. 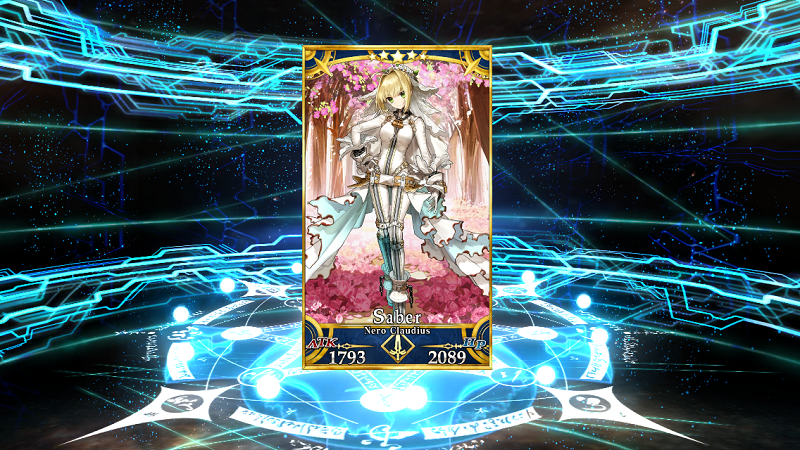 The element of chance which is often a driving element of at least a few of the “dailies,” (how many Neopets dailies were just barely mediated slots or roulette for twelve year olds, lol!?) and can make these daily rituals seem like they have a variety of outcomes. Simone Weil interestingly theorized “risk” as a need of the human soul, and it’s easy to see how pathological gambling is appealing to people whose lives seem intractably “stuck” in repetitive or predetermined scenarios. The chance that something will go well or fail, within a safe environment, to Weil, is something which provides stimulation and an opportunity to test new ideas , as opposed to the nihilism, “weakening courage to the point of leaving the soul,” that the perception of complete determinism inevitably leads to. Within capitalism, the possibility for safe chance shuts down in the context of poverty and precarity and frequently turns into unhealthy relationships to gambling or risk behaviors; simultaneously the persistence of chance itself is a sort of veil over the much more powerful determinism of the capitalist system-- anyone can strike it rich! This possibility weirdly gives the whole brutal process a sort of veneer of tolerability for many, if not actual fairness. Like winning the lottery, or various forms of spec work and competitions at scale which are framed as corporate benevolence, you may, individually, have good days and bad days doing your dailies, but this masks that basically everyone participating is still heading to the same end point, and serving the overriding system while they’re at it.

This brings me to Kara Stone’s newest game, Ritual of the Moon, which is published through Icewater Games’ interesting new democratic label structure, and is a daily-style game of a different sort. Category three: daily things with an indeterminate outcome.

I have been playing the game for a little over a week at this point (nine days, according to the chart at the beginning of this article). It’s interesting to me, because unlike any of the other apps or games I open daily, I don’t approach this one with a specific goal. I’m not sure if I’ve figured out everything you can do, I’m pretty sure there’s no intended “right” way to do it either. Each day you do a single play session which lasts less than 5 minutes. You see the witch, who has been exiled to the moon, looking at earth, and she shares a single line in the story of how she came to be exiled. Retreating inside her small dwelling, you can examine her altar, select the objects in a certain order and draw a sigil to receive the witch’s mantra for the day. Then, through the window, you see a meteor approaching earth. You can do nothing, and let it hit, or use the witch’s powers to either push it aside, sparing earth that day, or send it rocketing even faster. It’s implied these choices will reflect in the witch’s state of mind, how she recalls her story, or what eventual ending you reach.

Even so, I’m still trying to feel out what the game wants me to do. I’ve smashed the earth most days, either through negligence or will (which may be even more of a read on my personality than my natal chart), but the game seems to have stopped rewarding me with new exposition. I can’t tell if this is establishing a slow pace or telling me to try saving earth a few times, but internally I want to resist the latter interpretation, suspicious of the possibility that a videogame is obviously trying to curb my own gut behaviour a certain way towards its idea of “good.”  I tried to see how fast I could get the meteor to smash into earth today. We’ll see how I feel tomorrow.

My internal tumult aside, I think the structure of this game, giving you very deliberate choices with indeterminate consequences that stretch out over time, is an interesting use of the niche contemporary videogames now have in many people’s lives. The phrase “multiple endings” and resulting implications that the ending you get is decided by your cumulative choices brings to mind the structure of visual novels. But visual novels for the most part (some narrative phone games aside) do not control the period over which you access them. More importantly, they have almost always been built with the expectation of being played systematically; things like CG galleries and skip forward buttons (which speed through all the text you’ve already seen until a choice or new scene is activated) as well as metafictional plotlines requiring or responding to the completion of multiple playthroughs existed long before western developers saw the genre as needing their “innovations.”

The visual novel game has always been played, in a way, like accessing a type of database, rewarding savvy or merely persistent players with more content and details until they have accessed everything. Western developers have also borrowed the visual language and structure of visual novels to try to incorporate multiple endings or “meaningful choices” into their games in the most moralistic, schlocky, “makes-ya-think” kind of way, but this is missing the point. The visual novel has always been a time-hopping power fantasy, where a bit of technical savvy and strategic save point use can allow you to see all the possible permutations of a single situation easily, making the choices fairly un-meaningful, because all consequences and rewards can be returned to. This is also usually how I play them myself. The very first visual novel I ever played, Hatoful Boyfriend, while often framed as a “joke” entry in the genre, has an extended plotline full of worldbuilding information (the “deep lore” on intelligent pigeons), which is only accessible after seeing elements of all the other routes.  But I can’t see myself doing that sort of mining for completion with Ritual of the Moon, and its structure does not really encourage it. How many different playthroughs would it take to see every possible permutation of this game? And then how long if you only do one part per day?

Ritual of the Moon becomes decidedly human-scale when I consider these questions. I doubt I will be specifically rewarded for steadily smashing or sparing the earth. I won’t “win,” and I probably won’t go back to see all of the other possible outcomes of different actions, either. Instead I have to accept that I made certain choices, but also have to live in the ambiguity of never knowing the full degree to which they have determined whatever comes. 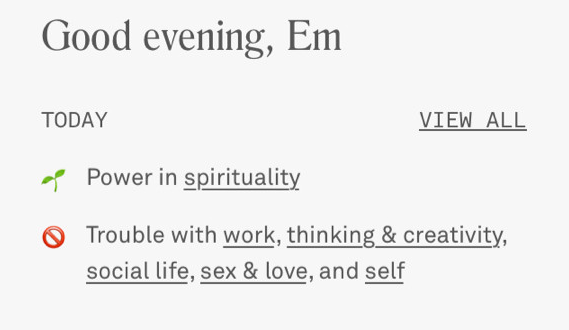